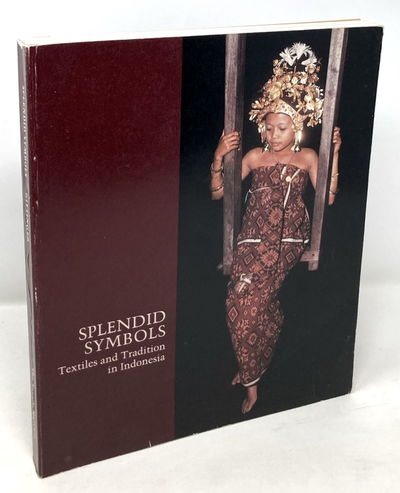 by Gittinger, Mattiebelle
Sewn wraps, 22.7 by 27.8 cm, 240 pp., heavily illus. Good with rubbing, wear and creases to the covers and corners. From the publisher: "The Indonesian world is full of wonders and possesses an almost unrivaled variety of cultural manifestations within its compass. Amongst the lesser-known aspects of Indonesia's rich cultural heritage - at least until recent times - has been the wealth of artistry in her textiles. Indonesian textiles have played a far more extensive and significant role than as mere sources of apparel or articles of trade. They have formed an integral part of the lives, beliefs and traditions of the diverse peoples of the islands and have reflected the intricate complexity of a vigorous indigenous culture flourishing in an immense variety of forms. Splendid Symbols serves not only as an introduction to the textiles of Indonesia themselves, but also as an introduction to the culture of the people who produce them." (Inventory #: 3873)
$15.00 add to cart Available from Bay Leaf Books
Share this item

by White, Albert B.