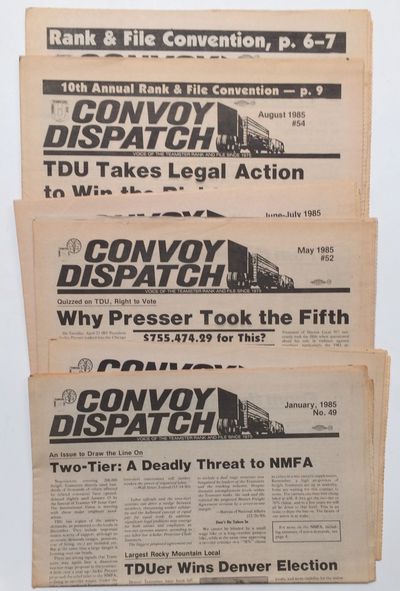 by Teamsters for a Democratic Union
Detroit: TDU, 1985. Six issues of the tabloid-format newspaper, all with horizontal fold, paper toned, otherwise very good. Issues present are 49, 50, 52-55. The TDU had started a publication called Convoy in the 1970s; in 1979 it merged with the Dispatch, which was put out by a different rank-and-file Teamster group called PROD, and the new paper was named Convoy Dispatch. (Inventory #: 258991)
$25.00 add to cart or Buy Direct from Bolerium Books
Share this item