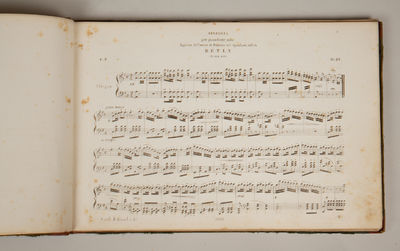 Betly (or La capanna svizzera), a dramma giocoso to Donizetti's own libretto after Scribe, Mélesville, and Goethe, premiered in one act in Naples at the Teatro Nuovo on 21 August 1836. The present revised version in two acts was also premiered in Naples, on 29 September 1837.

"Betly has a score full of unpretentious charm and a plot that works well on the stage. The role of Daniele is akin to that of Nemorino in L'elisir d'amore. The highlights of the score are Betly's solo moments: her sortita and her aria-finale, the former particularly for its local colour, with a yodel-like refrain." William Ashbrook in Grove Dictionary of Opera