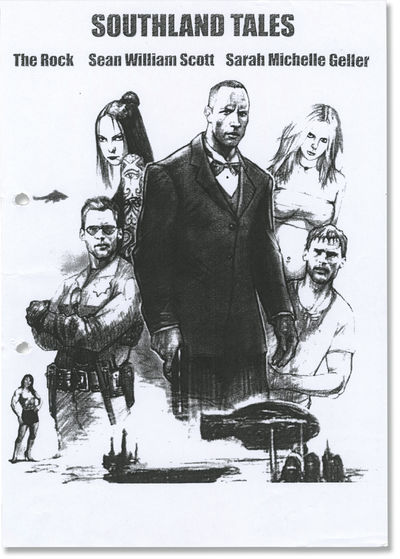 Self wrappers. Title page present, dated August 10, 2005, noted as Blue Revision, with credits for director Richard Kelly. 95 leaves, with last page of text numbered 93. Xerographic duplication, rectos only. Pages Near Fine, wrapper Near Fine, with a small tear to the top of the binding, bound with two gold brads.