U.S. Army In the Korean War: South to the Naktong, North to the Yalu 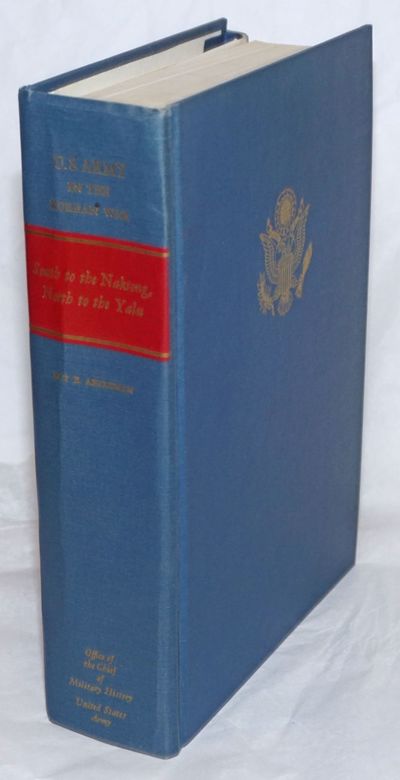 by Appleman, Roy E.
Washington DC: Office of the Chief of Military History, Department of the Army, 1975. Hardcover. xxiv, 813 p., with B&W photos; a pocket attached to the back cover full of colored maps. Reprinted version. Spine slightly warped due to the map pocket, else in very good condition; bookplate of Bill Powell, China-born San Francisco resident who was tried for sedition in 1959 for publishing allegations of US germ warfare in Korea. "This volume covers U.S. Army action in Korea from the outbreak of war to the full-scale intervention of the Chinese communists." - Foreword written in 1960 by James A. Norell, Brigadier General of the U.S.A. (Inventory #: 259457)
$30.00 add to cart or Buy Direct from Bolerium Books
Share this item