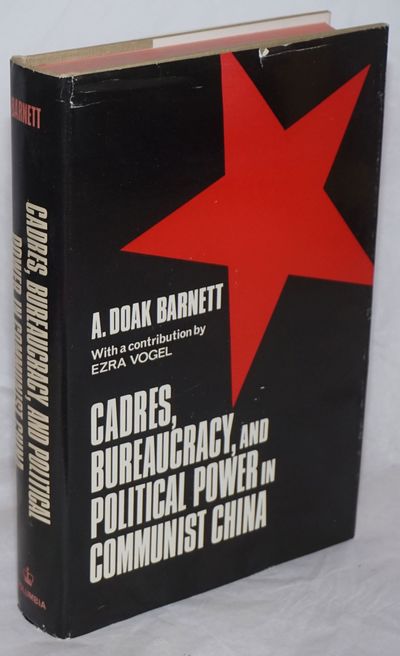 by Barnett, Arthur Doak; with a contribution by Ezra Vogel
New York: Columbia University Press, 1967. Hardcover. xxix, 563 p., dj slightly worn, else in very good condition. A bookplate on the back of the front cover of Bill Powell, China-born San Francisco resident who was tried for sedition in 1959 for publishing allegations of US germ warfare in Korea. "a detailed, analytical study of the political and governmental structure of Communist China, from the central government in Peking to the local governments of the communes and brigades in rural areas. It is based primarily on interviews with Chinese ex-cadres, both Party and non-Party, who emigrated from the mainland to Hong Kong, where they were interviewed during 1964-1965." - dj flap. (Inventory #: 259443)
$20.00 add to cart or Buy Direct from Bolerium Books
Share this item