A Dialogue With Solitude. 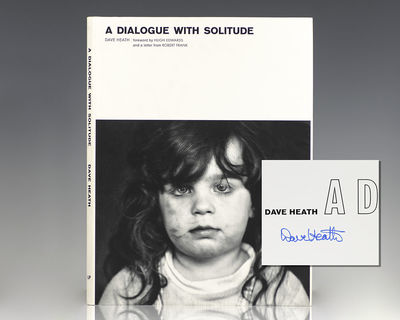 by Heath, Dave
Toronto: Lumiere Press, 2000. First edition of the re-issue of the photographer's seminal work, one of the great photobooks of the second half of the twentieth century. Tall quarto, original gray cloth. Signed by Dave Heath on title page. Fine in a fine dust jacket. Foreword by Hugh Edwards. With a letter from Robert Frank. A Dialogue with Solitude is an assemblage of photographs into poetic sequence, entailing a mere hundred pages. Dave Heath had envisioned it in a larger format, and its meager size was not his original intent. Regardless, it was an instant hit, and collectors have sought it out for over four decades. It includes an introduction by Hugh Edwards, and a letter from Robert Frank. (Inventory #: 120968)
$300.00 add to cart or Buy Direct from
Raptis Rare Books
Share this item