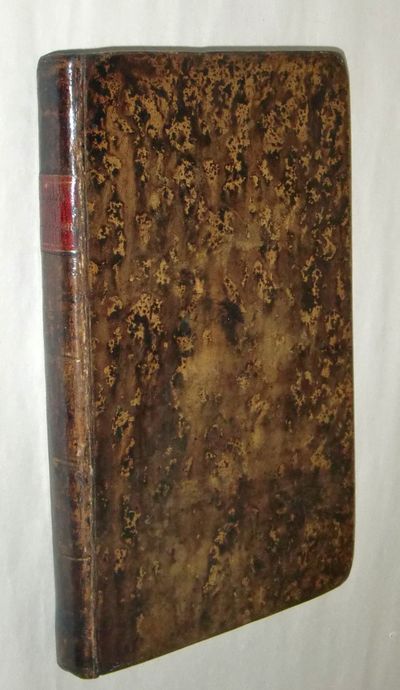 by Daboll, Nathan.
New London: Samuel Green, 1820. This is the first edition of the second Practical Navigator (following Bowditch) published in the United States. Daboll was a teacher and almanac maker who wrote The Schoolmasters Assistant, the most popular mathematics text in America between 1800 and 1850. His Navigator was published two years after the authors death, but contains his method for dead reckoning which he formulated in 1799, and which method he has ever since practised, instead of the operbose, absurd, and erroneous Rules published by Robertson, Hamilton Moore, and others. With a frontispiece engraving depicting a quadrant and compass. Scarce, Not in Karpinski. Very prettily bound in full contemporary tree calf and red leather label. With the large contemporary advertisement of nautical bookseller "David Felt, 63 State Street, Boston," on the front pastedown, and the ticket of booksellers "Hunts & Shaw, Mercantile Wharf, Boston," on the verso of front flyleaf.. 8vo; iv, (4), 106, (2), (104 pages, containing nineteen tables). b/w frontispiece (Inventory #: 42834)
$450.00 add to cart Available from
Ten Pound Island Book Co.
Share this item