The shores of Lake Aral 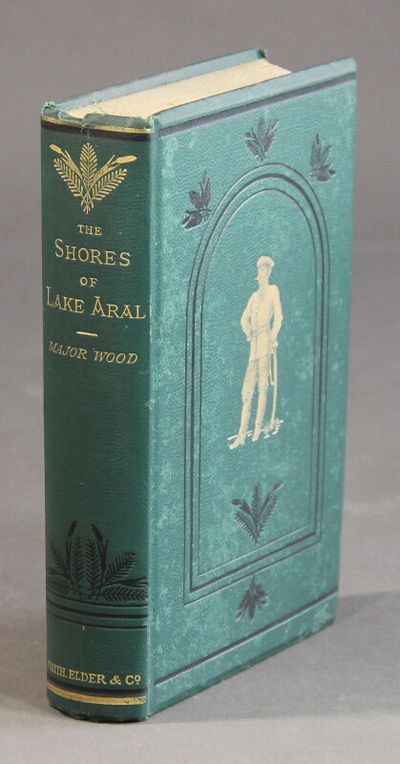 by Wood, Herbert
London: Smith, Elder, & Co, 1876. First edition, 8vo, pp. xxvii, [1], 352; folding map of The Lower Arms of the Amudarya; also, in a rear cover pocket a map of West Turkestan and Adjoining Countries (approx. 17Â½" x 22Â½"), both maps showing water features in blue; original pictorial green cloth stamped in gilt and black on upper cover and spine; covers lightly spotted, small crack at the top of the spine, but generally a near fine, tight, and bright copy. Herbert William Wood (1837-1879) a British army officer who served a very active military career in India and Abyssinia and eventually "...was promoted major. He obtained three years' furlough and accompanied the Grand Duke Constantine's expedition, sent under the auspices of the Imperial Russian Geographical Society to examine the Amu Daria region. He published the results of his travels in The Shores of Lake Aral (1876), which showed the difficulties with which the Russians contended in central Asia...a fellow of the Royal Geographical Society and of the Royal and Imperial Russian Geographical societies, and a corresponding member of the Society of Geography of Geneva" (ODNB). (Inventory #: 57831)
$862.50 add to cart or Buy Direct from
Rulon-Miller Books
Share this item