The T.V. Photography of Gloria Alten 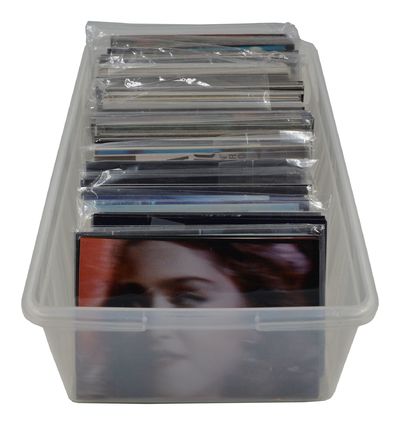 by Alten, Gloria
[Portland, Oregon]: [Gloria Alten], 1993. Unbound. Nine linear inches of loose 4"x6" drugstore prints intended by the artist to make postcards with. A handful of unused postcard backings and some completed postcards are present. Some images are duplicates.

Portland artist Gloria Alten (1923-2014) sat in front of her T.V. and took hundreds of pictures of the news, and with her camera focused on her T.V. set, she captured some of the spectacle that was the early '90s media landscape.  The bulk of the photographs (5 linear inches) are of Bill Clinton and his early presidency: debates with George Bush and Ross Perot, his inauguration, State of the Union Address, appearances on The Phil Donahue, and appearances by Hilary, Chelsea, Al Gore, Janet Reno, Oprah and Muhammad Ali, etc. Yes, he is shown playing the saxophone. The second largest subject photographed (2.5 linear inches) is Tonya Harding. Images trace her saga from the 1994 Lillehammer Winter Olympics, with Tonya in tears over a broken lace and her skate lifted to the rail, pleading with the judges to allow a do-over.  Other images show Jeff Gillooly, Nancy Kerrigan and Tonya's mom. Tonya is also shown appearing in court, and being interviewed by Connie Chung. A small group of images show a real-life event at which appeared for a grand re-opening center for Portland's Lloyd Center Mall skating rink, the rink where she first learned how to skate. Alten has also photographed newsstands showing tabloid and magazine covers featuring Harding. The remaining images feature figures such as Michael Jackson, Madonna, characters from Sesame Street, Court TV, a Miss America-themes talk show and more, including Alten's real-life visit to what appears to be a Muppet studio or workshop tour.

Alten used these images to make limited edition postcards for a series entitled "Glimpses." Captions were printed on a separate paper, which was glued to the back of a T.V. image and slightly trimmed. These, for the most part, are her unused images, or images she intended to use as some have numbers on their verso.  An extensive collection of photographs that at times display an unassuming artistic genius, and at other times exude a sort of inspired mania. Yet overall, they capture the harsh nature of media in the early '90s, laying bare a hungry worship of celebrity, coupled with the relentless desire for downfall.  . (Inventory #: 140940841)
$750.00 add to cart or Buy Direct from
Burnside Rare Books
Share this item
Burnside Rare Books
Offered by