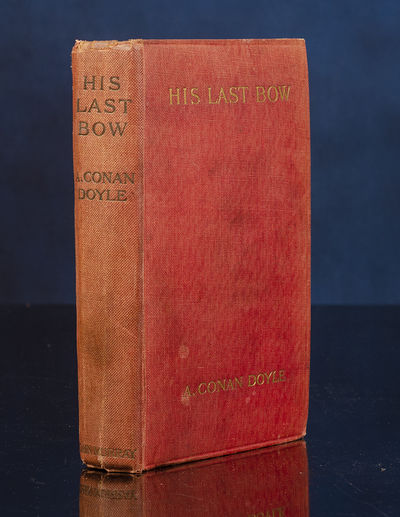 first edition
by DOYLE, Arthur Conan
London: John Murray, 1917. Education never ends, Watson. It is a series of lessons, with the greatest for the last."

The book contains a brief preface, by "John H. Watson, M.D.", that assures readers that as of the date of publication Holmes is long retired from his profession of detective but is still alive and well, albeit suffering from a touch of rheumatism.