Bibliography of North American Conchology Previous to the Year 1860 ... Part I. 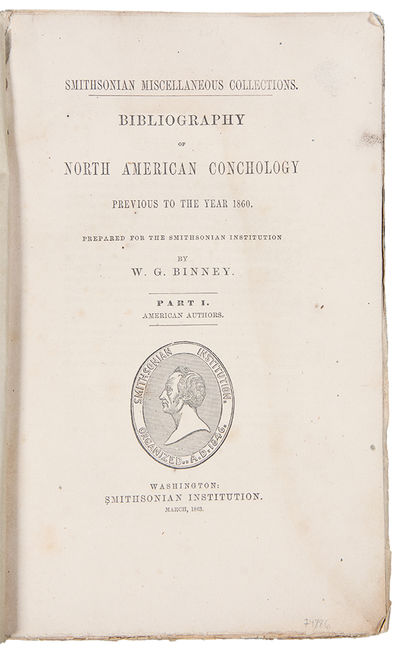 Binney was an American malacologist, most prominent during the second half of the nineteenth century, who published numerous monographs on molluscs and conchology. He was also responsible for the collection of North American shells at Harvard's Museum of Comparative Zoology, along with his father, Amos Binney, who was a malacologist as well. (Inventory #: 39579)
$250.00 add to cart or Buy Direct from
Donald A. Heald Rare Books
Share this item
Donald A. Heald Rare Books
Offered by