[The] Dark Corner (Original screenplay for the 1946 film) 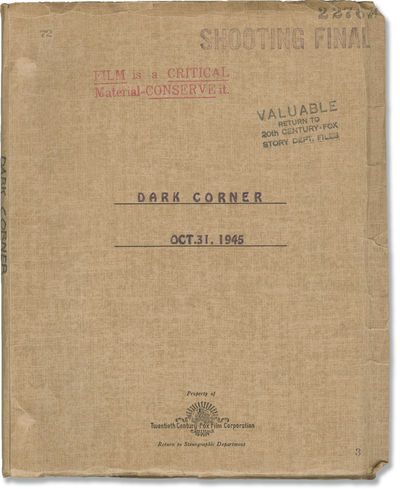 Based on the 1945 story, serialized in "Good Housekeeping" magazine, by Leo Rosten, about a private detective, just released from prison after being framed by his ex-partner, and now finding himself framed for murder, with only the help of his quick-witted secretary to clear his name.

Set in and shot on location in New York City.