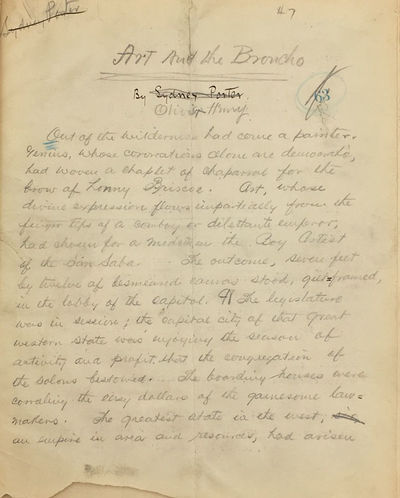 signed Pencil on paper, rectos only, signed in ink on the first page, with a few ink corrections, and occasional copy editing marks. 29