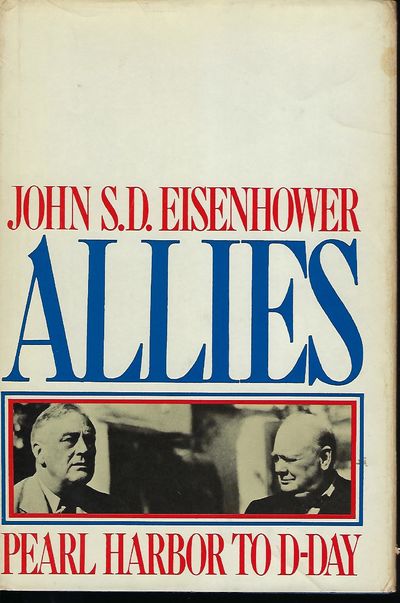 by EISENHOWER, John S.D.
Garden City, NY: Doubleday & Company, 1982. First Edition. Signed presentation from Eisenhower on the half-title page: "To CSM Robert H. Campitell, Best regards to an old comrade-in-arms from the 358th CA. John Eisenhower." Robert H. Campitell [1927-2020] was a Command Sergeant Major of the U.S. Army and World War II veteran serving in the European Theatre of operations with over 44 years of active and reserve service. At age 65 he was recalled to active duty out of retirement to serve seven additional months in Operation Desert Storm. Among his many awards and decorations, the highest was the Legion of Merit and the Legion of Honor. Thick 8vo., blue cloth in dust jacket; 500 pages. Illustrated.. Very Good (minor wear & minor bumping covers; contents clean & tight); little edgewear & browning d/j. (Inventory #: 57315)
$75.00 add to cart or Buy Direct from Antic Hay Books
Share this item
Antic Hay Books
Offered by