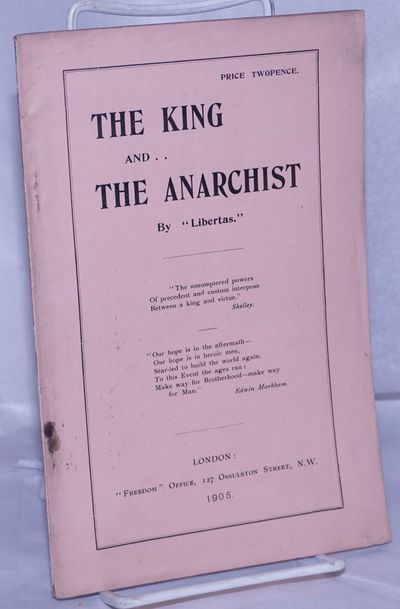 by Libertas [Ann A. Davies]
London: Freedom, 1905. 32p., staplebound booklet, some rust migration at the staples, otherwise very good. Short story about a king who survives an anarchist attack, which causes him to reconsider life and to retire from rulership. The author had left New York for London in 1897 and immediately came under police surveillance because of concerns that she was involved with the Jubilee Plot by Irish radicals planning to assassinate Queen Victoria. After many years of working with Freedom, she left the anarchist movement to become a women's suffrage activist. (Inventory #: 260494)
$350.00 add to cart or Buy Direct from Bolerium Books
Share this item