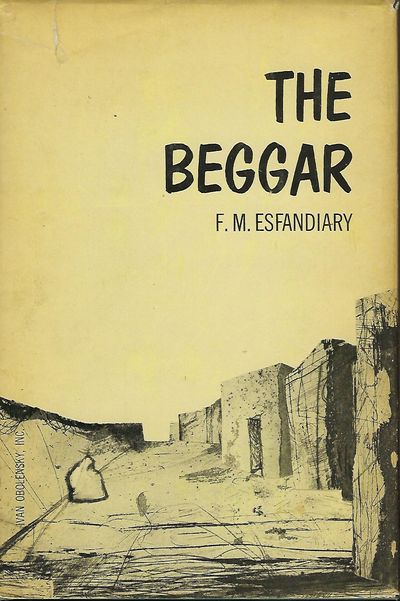 by ESFANDIARY, F.M.
NY: Ivan Obolensky, 1965. First Edition. Signed presentation from Esfandiary on a front blank page: "For Charles Simmons, friend and colleague, and his charming wife Helen. All good wishes to you both. (Fereidoun) Oct. 1965. F.M. Esfandiary." Charles Paul Simmons [1924-2017] was an American editor and novelist. His first novel, Powdered Eggs (1964), was awarded the William Faulkner Foundation Award (1965) for a notable first novel. Fereidoun M. Esfandiary [1930-2000) was a Belgian-born Iranian-American author, teacher, transhumanist philosopher, futurist, consultant and athlete. He became notable as a transhumanist with the book "Are You a Transhuman?" In the mid-1970s, he legally changed his name to FM-2030 to reflect the hope and belief that he would live to celebrate his 100th birthday in 2030 and to break free of the widespread practice of naming conventions that he saw as rooted in a collectivist mentality and existing only as a relic of humankind's tribalistic past. He was a lifelong vegetarian and said he would not eat anything that had a mother. This title this is the story of a crippled beggar in an Arab village who sits on his dolly in a busy street of his village begging for alms and the social ramifications and social issues around it. Books signed by Esfandiary are scarce. Very Good (covers nice with one minor bump to a corner; contents clean & tight); little wear (short tears) d/j. (Inventory #: 57325)
$175.00 add to cart or Buy Direct from Antic Hay Books
Share this item
Antic Hay Books
Offered by

NY : G.P. Putnam's Sons , 1969
(click for more details about THE BITTER WOODS)
View all from this seller>