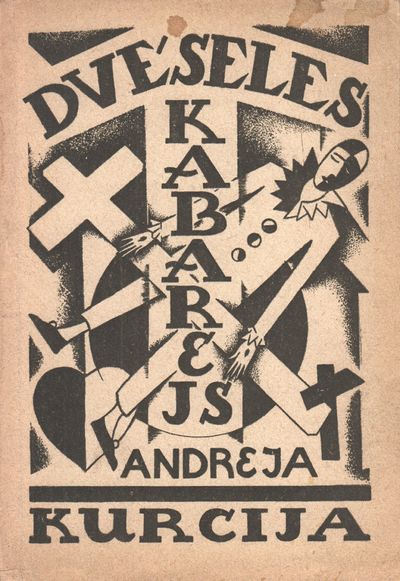 With a striking cover by Niklāvs Strunke (1894-1966), one of Latvia's most important artists of the avant-garde. A painter, graphic designer, and illustrator, Strunke studied at the Imperial Academy in St. Petersburg, Russia and trained with noted Russian artists such as Bilibin, Roerich, and Bakst. Beginning in the late 1910s, he helped implement Cubism in Latvian book and graphic design, as well as painting.

As of December 2020, KVK and OCLC show two copies outside of Latvia (at Columbia and Bayerische Staatsbibliothek). (Inventory #: 51156)
$750.00 add to cart or Buy Direct from
Bernett Penka Rare Books
Share this item