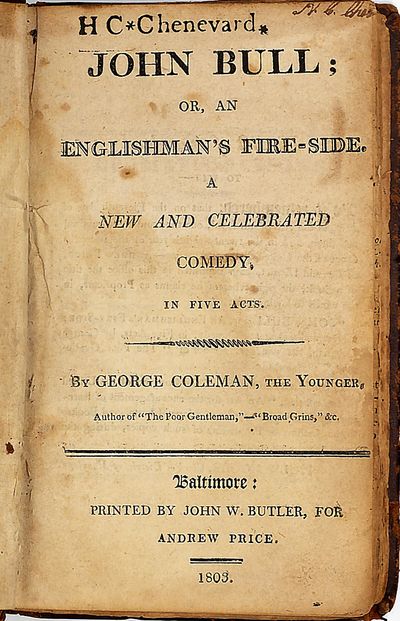 by various
(Sammelband. Five English plays in one volume (all published in America 1795-1803)

3. Holcroft, Thomas. The deserted daughter: a comedy. As performed at the Boston Theatre with universal applause. Boston: Printed for William P. Blake, at the Boston Bookstore, no. 59, Cornhill, 1795.
4. (Goldsmith, Oliver She stoops to conquer; or the mistakes of a night).