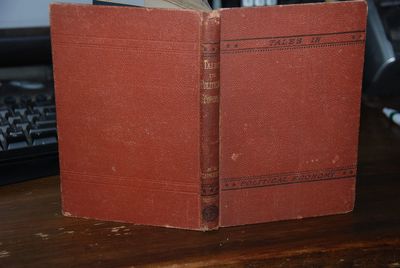 by FAWCETT, Millicent Garrett
London: Macmillan, 1874. First Edition. 8vo, pp. 104 + 32 pages of advertisements in the rear. Bound in publisher's red cloth, stamped in black and gilt. Rubbed along the edges and worn at the extremities of the spine. Fawcett (1847-1929) joined the first woman suffrage committee in 1867 and emerged as its leader after the death of Lydia Becker in 1890. She was elected head of the National Union of Women's Suffrage Societies and remained there until she retired in 1919. This contains four tales to be used to teach the issues of political economy to students. Fawcett married the blind, radical MP Henry Fawcett in 1867 and, acting as his secretary, familiarized herself with political and social debate publishing Political Economy for Beginners in 1870. (Inventory #: 59723)
$248.00 add to cart or Buy Direct from
Second Life Books
Share this item