HOSPITAL LIFE IN THE ARMY OF THE POTOMAC 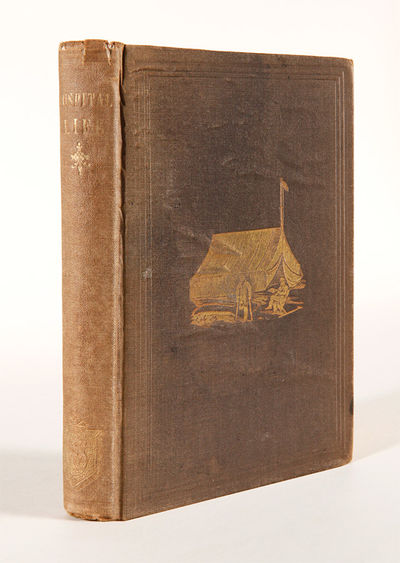 by Reed, William Howell
Boston: William V. Spencer, 1866. 199,[2],3pp. 12mo. Original gilt pictorial brown cloth. Spine sunned, and with two short tears to head of spine; minor bubbling to cloth. Faint tideline to first thirty leaves, minor scattered foxing. Good plus. A scarce memoir of Civil War medical service by William Howell Reed, written to "preserve, for the writer's own satisfaction, a record of a valuable personal experience." Reed served in Fredericksburg, Port Royal, and Petersburg, among other locations. He describes conditions inside military hospitals during the war, encounters with numerous soldiers from a variety of backgrounds and locations, and records his thoughts on the effect of the assassination of President Lincoln on the Army. He also reports on a "Woman's Ministry" that served in the Colored Hospital at City Point. "The product of a highly literate mind, this work is superior for insights on army life in Virginia, with particular emphasis on sickness and hospitals" - Nevins. COULTER 390. NEVINS I, p.150. SABIN 68626. (Inventory #: WRCAM56369)
$125.00 add to cart or Buy Direct from
William Reese Co. - Americana
Share this item