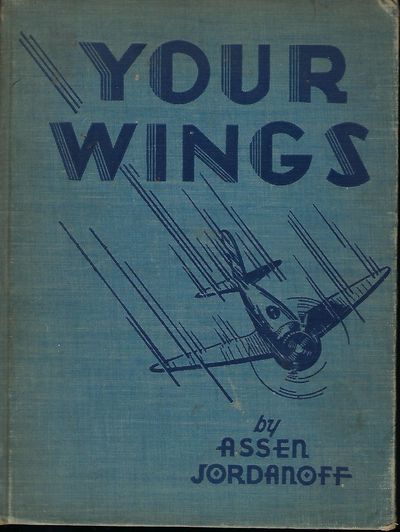 by JORDANOFF, Assen
Funk & Wagnalls: NY, 1937. First Edition, second printing. Signed presentation from Jordanoff on the front endpaper: "To Lucien Friez, with my compliments, A. Jordanoff." Lucien is the son of Julien P. Friez [1851-1916], who invented and produced cutting-edge meteorological equipment. Julien died in 1916 and Lucien and his brother, Julien Jr., inherited the company. The technological shift made during World War I to refocus on air navigation equipment had subjected the company to commercial competition. After his brother's death in 1919, Lucien then created a new corporate that eventually became the Friez Instrument Division of Bendix Aviation. Small quarto: blue cloth, stamped in black; 281 pages. Drawings by Frank Carlson.. Good (some wear covers; partial crease on spine); contents clean & tight but some spotting endpapers & light bump to lower corner of text). (Inventory #: 57377)
$50.00 add to cart or Buy Direct from Antic Hay Books
Share this item
Antic Hay Books
Offered by