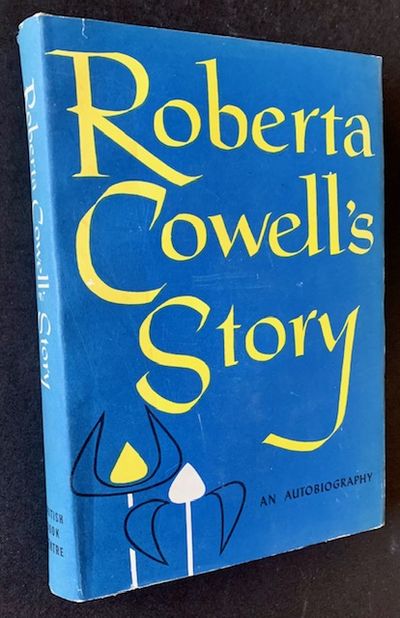 by Roberta Cowell
New York, 1954. Cloth. Near Fine/Near Fine. A very sharp copy of the 1954 1st American edition on one of the pioneering memoirs in transsexual literature. The uncommon autobiography of Robert Cowell, former RAF pilot, race car driver and married father of 2 who in April of 1954 officially became Roberta Cowell, marking one of the earliest cases of successful "sex-reversal" in British medical history. Clean and Near Fine in its light-blue cloth, with no writing or markigs of any kind. And in a crisp, price-intact ($3.00), Near Fine dustjacket, with just a touch of the faintes scratching to the front panel. Octavo, also includes dozens of crisp black-and-white photos. Very presentable, truly a collector's copy. (Inventory #: 18992)
$200.00 add to cart or Buy Direct from Appledore Books
Share this item
Appledore Books
Offered by