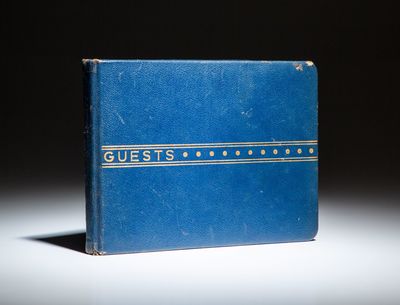 New York : Published by J.P. Giffing at the office of the Harrison Almanac , 1840
(click for more details about 1840 Campaign Broadside - Log Cabin Anecdotes; Illustrated Incidents In The Life Of Gen. William Henry Harrison)

Washington DC : The White House , 1939
(click for more details about Diary of Mabel Bachelder, White House Correspondence Secretary)
View all from this seller>