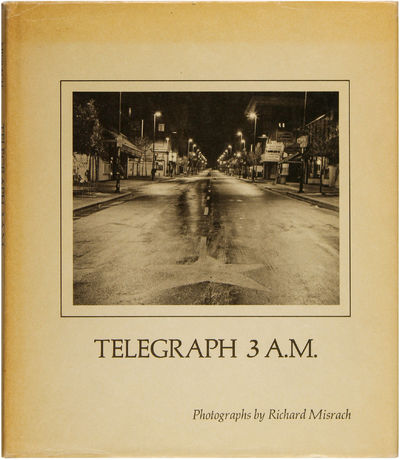 by MISRACH, Richard
Berkeley: Cornucopia Press, 1974. Near fine in a very close to near fine jacket, toned at the spine and extremities, with wrinkling and a tiny chip at spine crown.. First Edition. Small square quarto. Number 61 of 3000 numbered copies; SIGNED by Misrach, his first book. A celebration of northern Californian dropouts, deadbeats, and disenfranchised at the end of the hippie era. (Inventory #: 27038)
$600.00 add to cart or Buy Direct from Harper's Books
Share this item
Harper's Books
Offered by