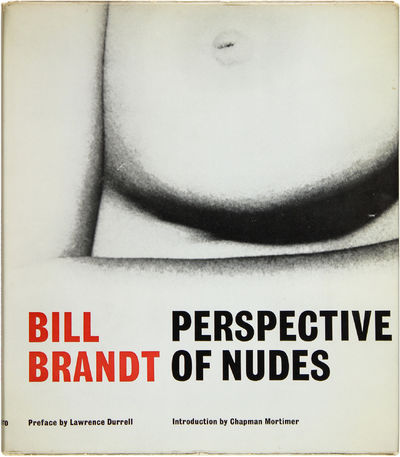 by BRANDT, Bill
New York: Amphoto, 1961. Tiny split to the top of the spine crown, light creasing to pages in rear, else about very good in a close to near fine jacket, a little tanned at the rear panel with a few small edge tears.. First U.S. Edition. Quarto. Preface by Lawrence Durrell. Introduction by Chapman Mortimer. 90 black and white plates, elegantly printed. One of the seminal monographs of the second half of the 20th century. Brandt's images of nudes at the British coast are particularly striking. (Parr / Badger, v1, 216; Roth 160-161). (Inventory #: 27052)
$350.00 add to cart or Buy Direct from Harper's Books
Share this item
Harper's Books
Offered by