Against Interpretation and other essays 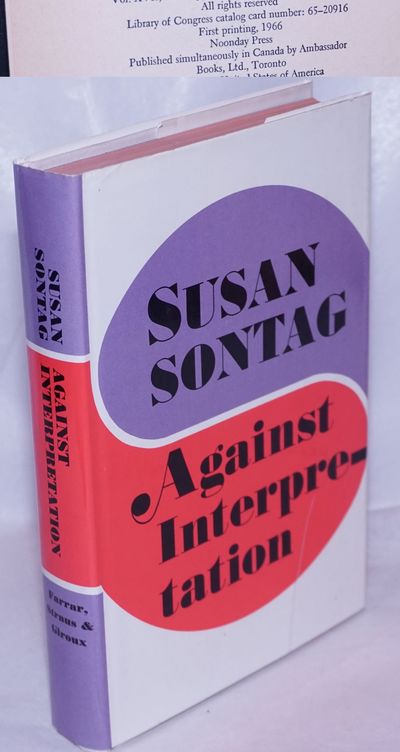 by Sontag, Susan
New York: Farrar , Straus and Giroux/Noonday Press, 1966. Hardcover. ix, 304p., a note, toning to text block else very good first edition, first printing stated in boards a lightly-worn, price-clipped dj. The essayist's scarce second book and first collection including the infamous "Notes on Camp" which introduced the concept of Camp into the mainstream. (Inventory #: 263974)
$250.00 add to cart or Buy Direct from Bolerium Books
Share this item