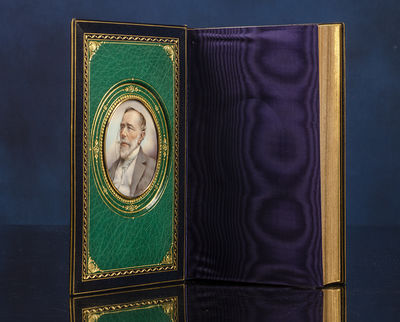 Joseph Conrad (born Józef Teodor Konrad Korzeniowski (1857-1924) was a Polish-British writer regarded as one of the greatest novelists to write in the English language. Though he did not speak English fluently until his twenties, he became a master prose stylist who brought a non-English sensibility into English literature. Conrad wrote stories and novels, many with a nautical setting, that depict trials of the human spirit in the midst of what he saw as an impassive, inscrutable universe. Conrad is considered an early modernist, though his works contain elements of nineteenth-century realism. His narrative style and anti-heroic characters, as in Lord Jim, for example, have influenced numerous authors. Many dramatic films have been adapted from, or inspired by, his works. Numerous writers and critics have commented that Conrad's fictional works, written largely in the first two decades of the 20th century, seem to have anticipated later world events.

An Outcast of the Islands was the second novel by Joseph Conrad, first published in 1896, and inspired by Conrad's experience as mate of a steamer, the Vidar. The novel details the undoing of Peter Willems, a disreputable, immoral man who, on the run from a scandal in Makassar, finds refuge in a hidden native village, only to betray his benefactors over his lust for the tribal chief's daughter. The story features Conrad's recurring character Tom Lingard, who also appears in Almayer's Folly (1895), in addition to sharing other characters with that novel. It is considered by many to be underrated as a work of literature. Conrad romanticizes the jungle environment and its inhabitants in a similar style to that of his Heart of Darkness. (Inventory #: 05094)
$8,500.00 add to cart or Buy Direct from
David Brass Rare Books
Share this item