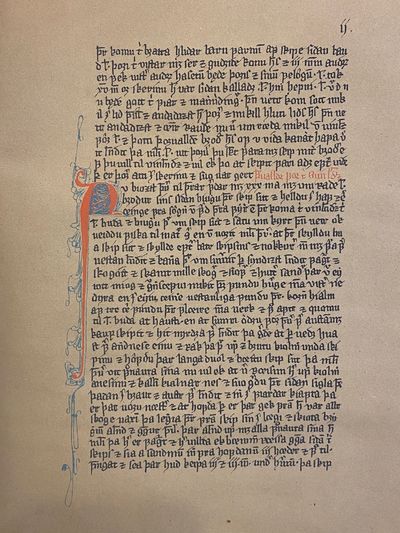 "Comprises a collection of the original accounts in Icelandic, with Danish and Latin translations and learned notes by the editor [...] one of the most important contributions ever made to the study and history of our continent" (Sabin). Includes authoritative articles in Norwegian, Latin, and English, and is illustrated with color facsimiles of manuscripts, engraved maps (some double-page), and engravings.

A very handsome, scholarly tome. Large paper copies such as ours were not issued with the engraved title that accompany the smaller ordinary copies.

Provenance: Peter von Moller, Skottorp Castle Library (Halland, Sweden), with his contemporary inscription on first blank, ownership stamp on title-page, and bookplate: "Skottorps Boksamling." Peter von Moller (1809-1883) was versatile, had a social pathos, and was interested in agriculture, politics, literature, cultural history and music. For his efforts, he was ennobled von Moller in 1860. For an detailed study of von Moller and his library, see "Musikaliesamlingen i Skottorps slott, Halland" by Kenneth Sparr (Stockholm, 1991), online.