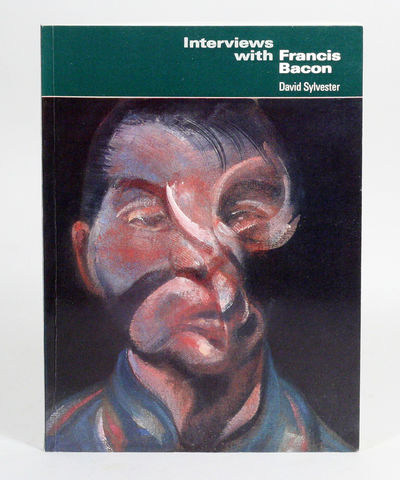 by BACON, FRANCIS; SYLVESTER, DAVID
London: Thames and Hudson, 1975. First edition. Original stiff paper covers. Very Good. FIRST EDITION OF BACON'S MOST REVEALING BOOK, AN ASSOCIATION COPY, INSCRIBED BY BACON ON HALF-TITLE: "For Erica Spender / with all my best wishes / Francis Bacon". Interviews with Francis Bacon is the most important source we have for understanding Bacon's art and philosophy. Through Bacon's responses to the influential art critic and Bacon scholar David Sylvester's provocative questions, we gain invaluable insight into the one of the greatest artistic minds of the twentieth century.