Why and How. Why the Chinese Emigrate, and the Means They Adopt for the Purpose of Reaching America. With Sketches of Travel, Amusing Incidents, Social Customs, &c 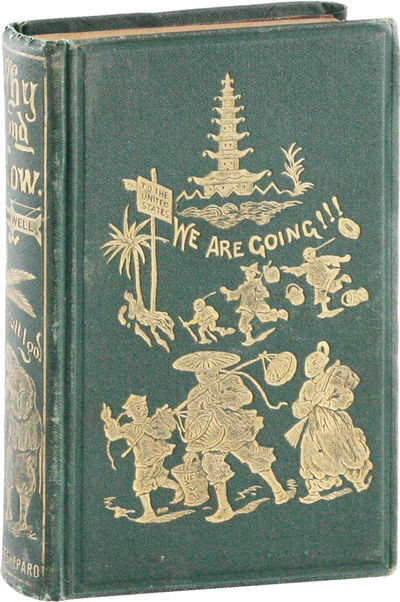 Somewhat surprising for its time, a not altogether xenophobic account of the wave of Chinese immigrants at this time settling the West Coast of the United States, with sympathetic chapters on social and economic conditions in Qing Dynasty China; Chinese immigrants as laborers on the Pacific Railroad and in the California gold regions, as well as some typically unsavory passages on the Chinese "character" (clannish and prejudicial) and Chinese "passtimes" (portrayed as principally gambling and opium-smoking). Includes a detailed description of an American joss-house. Author Russell Conwell (1843-1925), a liberal clergyman, lawyer and newspaperman, served as an immigration agent for the state of Minnesota after the Civil War, an experience which presumably provided the background for the current work (see DAB). HAMILTON 431, notes a copy with annotations by Walter W. Colburn in which Colburn claims credit for the illustrations. (Inventory #: 53602)
$200.00 add to cart or Buy Direct from
Lorne Bair Rare Books
Share this item

From Okra to Greens: Poems