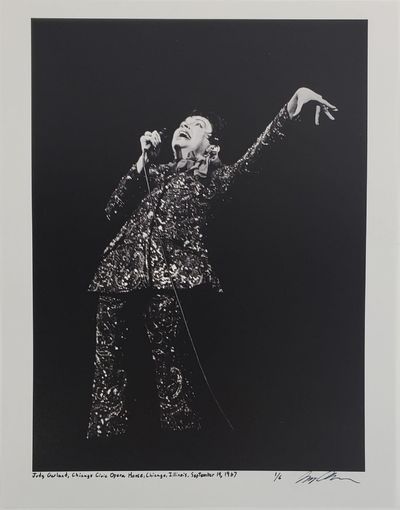 
Jerry said: "I photographed Judy two nights in a row at the request of her manager and former husband Sid Luft. On the second night, I apparently annoyed her and-in front of ten thousand people, the only time this has ever happened in my life-she asked me to leave. As I was leaving, the whole audience applauded, adding to my embarrassment.". About the artist:


Second Story Books is pleased to present a collection of photographs taken by Jerry of leading figures in the entertainment industry between 1967 and 1996. Most of these photographs have never before been published. All are signed by Jerry and are part of limited edition runs. Second Story Books and Jerry Aronson guarantee that no further copies of these photos at these sizes will be issued once these editions are sold. 1342468. Arts & Antiques. (Inventory #: 1342468)
$600.00 add to cart or Buy Direct from
Second Story Books
Share this item