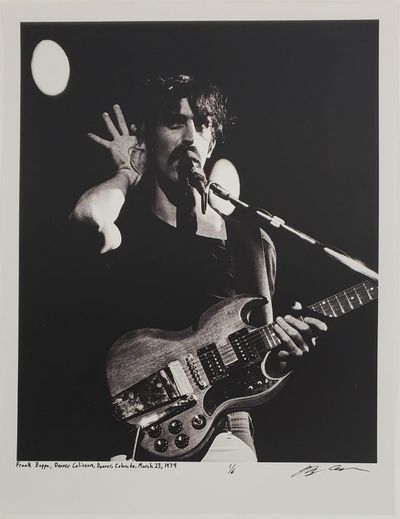 
Jerry said: "A few years before I took this photograph, Frank had performed at The Kinetic Playground in Chicago. I asked him what kind of light show he wanted. He had no special requests and told me to have fun. After his performance he complimented me on the lighting."


Second Story Books is pleased to present a collection of photographs taken by Jerry of leading figures in the entertainment industry between 1967 and 1996. Most of these photographs have never before been published. All are signed by Jerry and are part of limited edition runs. Second Story Books and Jerry Aronson guarantee that no further copies of these photos at these sizes will be issued once these editions are sold. 1342480. Arts & Antiques. (Inventory #: 1342480)
$600.00 add to cart or Buy Direct from
Second Story Books
Share this item