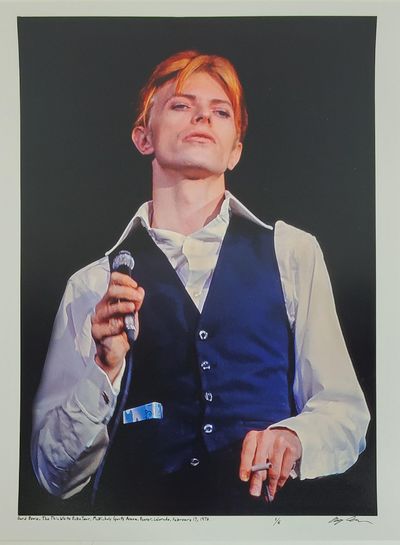 
Jerry said: "I met David backstage briefly to introduce myself, and to ask him if I could photograph him from the front of the stage. He thanked me for asking, agreed, and said he would be sure to sing towards me as much as possible. David's concert was warmly received and his stage presence was remarkable."


Shelved Rockville. About the artist:


Second Story Books is pleased to present a collection of photographs taken by Jerry of leading figures in the entertainment industry between 1967 and 1996. Most of these photographs have never before been published. All are signed by Jerry and are part of limited edition runs. 1342489. Arts & Antiques. (Inventory #: 1342489)
$900.00 add to cart or Buy Direct from
Second Story Books
Share this item