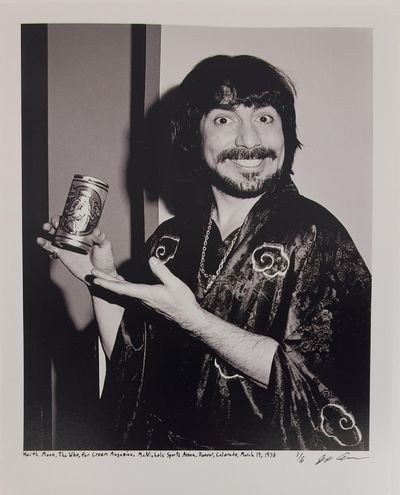 
Jerry said: "I wanted to get a shot of Keith holding a beer can. We went backstage at the Arena and I wrapped a Boy Howdy beer label around a can of Budweiser, resulting in this fun posed photo."


Second Story Books is pleased to present a collection of photographs taken by Jerry of leading figures in the entertainment industry between 1967 and 1996. Most of these photographs have never before been published. All are signed by Jerry and are part of limited edition runs. 1342509. Arts & Antiques. (Inventory #: 1342509)
$600.00 add to cart or Buy Direct from
Second Story Books
Share this item