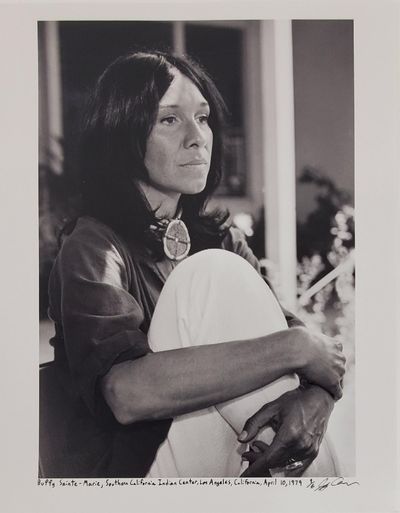 
Jerry said: "I attended the 1979 Academy Awards presentation because my short documentary, The Divided Trail, had received a nomination. During the ceremony, I was seated next to Jon Voight, who won an Oscar that night for best actor in Coming Home. We were chatting, and I mentioned that I was working on a longer version of The Divided Trail, and that I was planning to film Buffy Sainte-Marie performing a new song for it the next day. Jon asked if he could come to the filming, and said he would be happy to do an introduction to the movie. He and Buffy hit it off, and the longer version of The Divided Trail was then eventually shown on European television, including Jon's introduction and Buffy's new song, 'Walk in Balance.' This photo was taken during a break in the filming."


Second Story Books is pleased to present a collection of photographs taken by Jerry of leading figures in the entertainment industry between 1967 and 1996. Most of these photographs have never before been published. All are signed by Jerry and are part of limited edition runs. 1342512. Arts & Antiques. (Inventory #: 1342512)
$600.00 add to cart or Buy Direct from
Second Story Books
Share this item