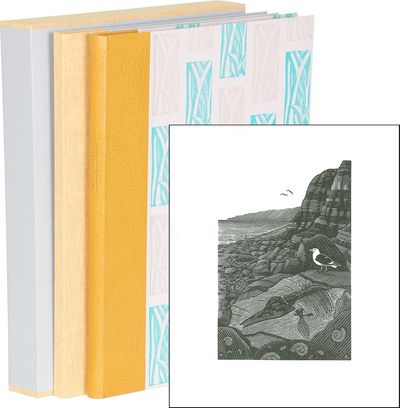 Twenty years ago Nigel Hamway wandered into the SWE annual exhibition in Oxford. Hilary Paynter and Pete Lawrence were invigilating. By the end of the day he was not only Treasurer of the Society, but he had established friendships which are growing to this day. For 2020 Vision, Nigel has asked nineteen of his favourite engravers to choose a major artistic influence, write an introduction about why they feel this way and, wherever possible, to work on a new engraving which sits side-by-side in the book with an engraving or illustration by their inspirer. The result, printed by Nomad Letterpress at the Whittington Press, places the engravings of twentieth century greats - John Farleigh, John Nash, Monica Poole, Geoffrey Wales, Gertrude Hermes et al. - alongside todays artists and presents the viewer with a snapshot of the changing nature of the engravers craft. Patrick Randle has written a Preface about the challenges of working with the engravings and the different approaches to wood, make-ready and inking required for each block.

Published in 2020 to mark the Centenary of the Society of Wood Engravers, this is a unique collection which has relied heavily on the generosity of loanees, both private and institutions from across the world. A year on press, this book links past with present, and provides a fitting tribute to the skills of the engravers and the part played by the Society in the history of wood engraving.