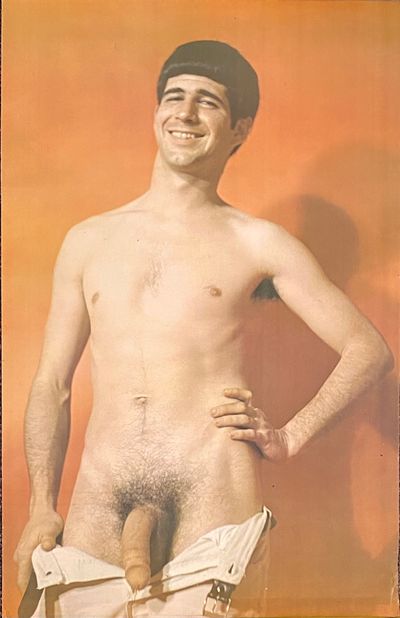 Minneapolis: DSI Sales, [196-]. 22x34 inch poster, very good. One of a series depicting nude models. No text on front, publisher and series number identified on the back. Founded in 1963 by Lloyd Spinar and Conrad Germain Directory Services, Inc. (DSI Sales) was a pioneering publisher of queer erotica, and the target of a government raid in 1967. The resulting legal case, United States v. Spinar and Germain, resulted in an aquittal, with the judge finding that "sexual minorities" had constitutionally protected speech. Publications from the company are comparatively plentiful, but these large-format posters are much scarcer, especially in such nice condition. (Inventory #: 265881)
$300.00 add to cart or Buy Direct from Bolerium Books
Share this item