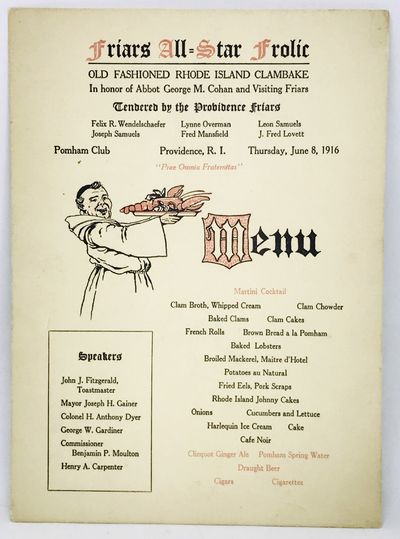 The "Providence Friars" seems to be a bit of a leg-pull as they all are known entertainers. We know "Abbott" George M. Cohan was no other than the famous vaudeville song-and-dance man, playwright, director, producer, comic actor, and popular songwriter George M. Cohan. Born in Providence, Rhode Island, this may have been a welcome homecoming for Cohan. Light toning to cards. (Inventory #: 2560)
$150.00 add to cart Available from
lizzyoung bookseller
Share this item