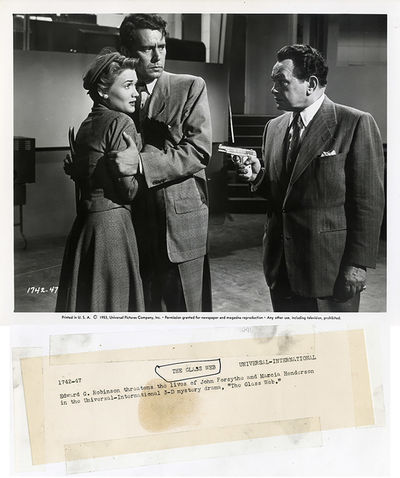 Jack Arnold directed Edward G. Robinson and John Forsythe in what was most likely the first film noir shot in 3-D.

Selby, p. 62: "TV writer is blackmailed by actress who turns up murdered. While still under suspicion, he must script show reenacting the crime." Spicer, p. 410.