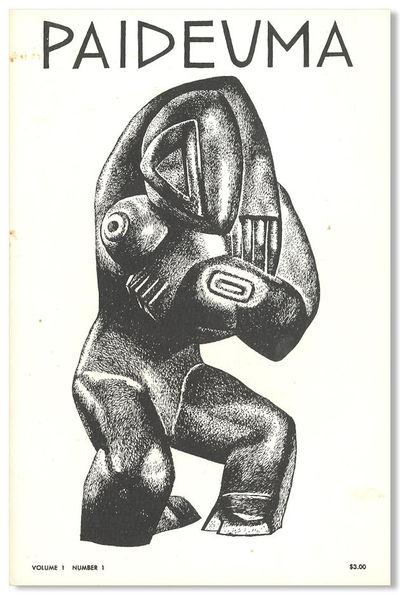 by [Pound, Ezra]: Kenner, Hugh, and Eva Hesse, et al [eds]
Orono, ME, 1979. Printed and pictorial wrappers. Illustrated. Wrappers occasionally dusty, very good to near fine. A long run of the earliest years, consisting of I:1 through VIII:1 (eighteen issues, including two double numbers, but lacking III:3). Edited by Hugh Kenner, Eva Hesse, Guy Davenport and other notable associates. A rich trove of material, both primary and secondary, by and about Pound and his contemporaries, as well as by his most important commentators. The first number bears an inscription on the first page to Pound's publisher, James Laughlin (though signed with somewhat unidentifiable first name only of the donor). Postage extra. (Inventory #: WRCLIT86052)
$350.00 add to cart or Buy Direct from
William Reese Co. - Literature
Share this item