Spike Lee Do the Right Thing 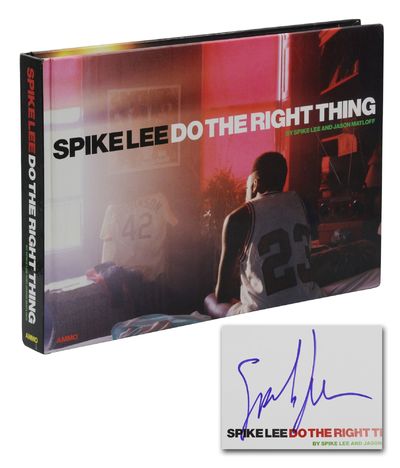 by Lee, Spike; Jason Matloff
[Pasadena]: Ammo, 2010. First edition. Near Fine. First edition. Signed by Spike Lee on title page in sharpie. 359. Publisher's illustrated boards, no jacket, as issued. Near Fine with slightly bumped corners, small scratch to rear board. A photo chronicle of the director's best-known film, Do the Right Thing from 1989. (Inventory #: 140942217)
$350.00 add to cart Available from
Burnside Rare Books
Share this item
Burnside Rare Books
Offered by

Philadelphia and New York : J. B. Lippincott Company , 1960
(click for more details about To Kill a Mockingbird)

Identity and Violence: The Illusion of Destiny

New York : W.W. Norton & Company, Inc , 2006
(click for more details about Identity and Violence: The Illusion of Destiny)
View all from this seller>