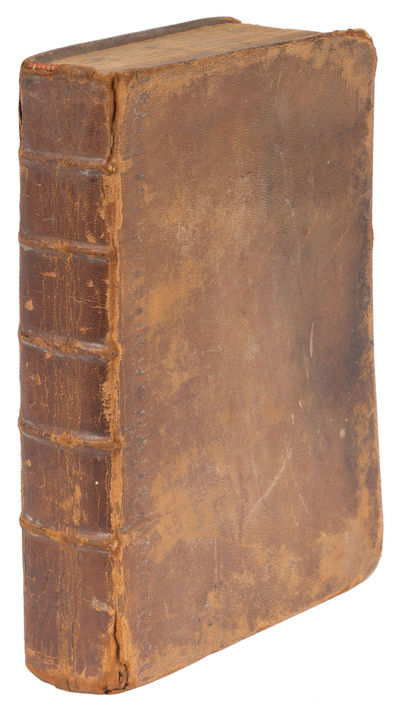 by Care, Henry; Nelson, William
1774. Providence, 1774. 2d Am. ed. Providence, 1774. 2d Am. ed. A Profound Influence in Pre-Revolutionary America [Care, Henry (1646-1688)]. N[elson], W[illiam] [b.1653], Editor. English Liberties, Or The Free-Born Subject's Inheritance. Containing Magna Charta, Charta de Foresta, The Statute De Tallagio, Non Concedendo, The Habeas Corpus Act, And Several Other Statutes; With Comments on Each of Them. Likewise, Of Ship-Money: Of Tonnage and Poundage. Of Parliaments, and the Qualification and Choice of Members: Of the Three Estates, And of the Settlement of the Crown by Parliament. Together with a Short History of the Succession, Not by Any Hereditary Right: Also a Declaration of the Liberties of the Subject: And of the Oath of Allegiance and Supremacy. The Petition of Right; With a Short but Impartial Relation of the Difference Between King Charles I and the Long Parliament, Concerning the Prerogative of the King, The Liberties of the Subject, And the Rise of the Civil Wars. Of Trials by Juries, and of the Qualifications of Jurors; Their Punishment for Misbehaviour, And of Challenges to Them. Lastly, Of Justices of the Peace, And Coroners: With Many Law Cases Throughout the Whole. Corrected and Improved. Providence: Printed and Sold by John Carter, 1774. viii, 350, [6] pp. Includes six-page subscriber list. Octavo (7" x 4-1/2"). Contemporary sheep, blind fillets to boards, raised bands to spine. Moderate rubbing to boards and extremities, small chip to head of spine, joints starting, corners bumped and somewhat worn, hinges cracked, chipping and edgewear to front and free rear endpapers. Light browning to interior, light foxing in a few places, light soiling, a finger smudge and small later library stamp to title page, two tiny holes to its upper outside corner, following leaf has a tiny hole in the same location. well-preserved copy of a rare title. Book housed in recent cloth clamshell box, quarter morocco over cloth, gilt title and gilt-edged raised bands to spine. $3,500. * Second American edition. Preceded by a 1721 Boston edition, this 1774 Providence edition was published in the same year as the first Continental Congress and the Intolerable Acts (and about a year after the Boston Tea Party). A publisher's note at the end of the table of contents says this edition was "principally designed for America" and contained "extracts from several late celebrated writers on t. (Inventory #: 72572)
$3,500.00 add to cart or Buy Direct from
Lawbook Exchange
Share this item

An Abridgment of Burn's Justice of the Peace and Parish Officer..

1773
(click for more details about An Abridgment of Burn's Justice of the Peace and Parish Officer..)

A Treatise on the Jurisdiction and Proceedings of Justices of the..

1797
(click for more details about A Treatise on the Jurisdiction and Proceedings of Justices of the..)
View all from this seller>