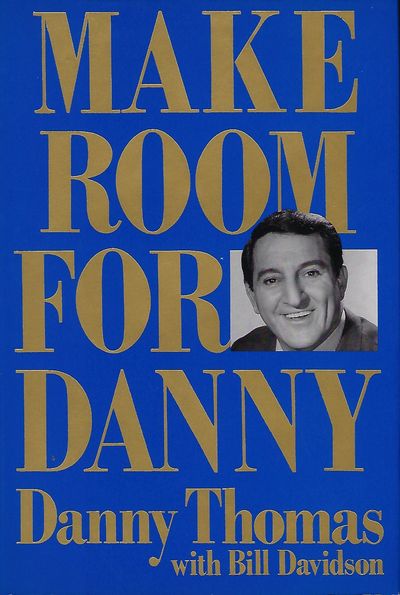 by THOMAS, Danny. [With Bill DAVIDSON]
NY: G.P. Putnam's Sons, 1991. First Edition, first printing. Signed by Thomas on the dedication page. & dated "1/8/91." Thomas died from a heart attack in his Beverly Hills home on February 6, 1991 so this is probably one of his last autograph signatures. Danny Thomas, born in 1912 was an American philanthropist, producer, nightclub comedian, singer, and actor whose career spanned five decades. He created and starred in one of the most successful and long-running situation comedies in the history of American network television, the eponymous Danny Thomas Show. He was also the founder of St. Jude Children's Research Hospital in Memphis, Tennessee, a leading center in pediatric medicine with a focus on pediatric cancer. Thomas is interred in a mausoleum on the grounds of St. Jude his wife. 8vo., blue cloth & boards in dust jacket; 320 pages. Illustrated.. Fine in a fine d/j. (Inventory #: 57574)
$175.00 add to cart or Buy Direct from Antic Hay Books
Share this item
Antic Hay Books
Offered by

THE SON THAT ROSE IN THE WEST.

[Plano; Texas : The Devil's Hole Printery , no date]
(click for more details about THE SON THAT ROSE IN THE WEST.)

[No place] : Christine Crosby , 1986
(click for more details about MEMORIES OF ARABIA)
View all from this seller>