The History of Scotland, from February 21, 1436 to March 1565: In Which are Contained Accounts of Many Remarkable Passages, Altogether Differing from our Other Historians.. 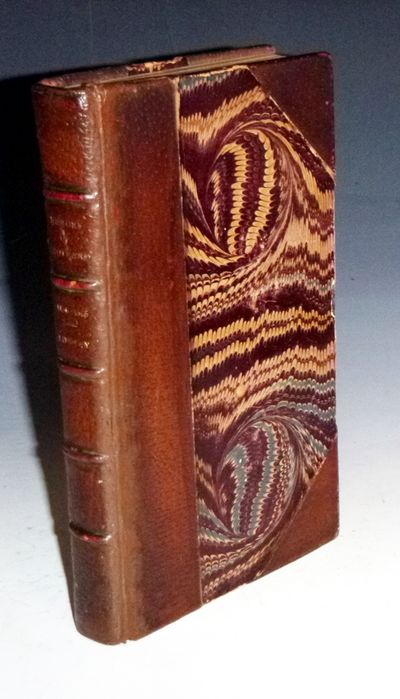 by Lindsay, Robert, 1532?-1578
Edinburgh: Printed for Charles Eliot and Thomas Cadell, 1778. 3rd edition. xvi, ii, 367 pages, 55 page index. The History was first published, by subscription, at Edinburgh in 1728 by Robert Freebairn, a well-known printer, bookseller, and ardent Jacobite; later editions appeared at Glasgow in 1749, and again at Edinburgh in 1778 with the extended index (this copy) and 1814. Sir Walter Scott read Pitscottie as a teenager and was carried away by his telling phrases and vivacity; parts of Pitscottie turn up little altered in Marmion and Tales of a Grandfather, and shorter quotations appear in the Waverley novels. One of the most important early modern histories of Scotland. It has a strongly Protestant emphasis though it was written prior to John Knox's work. Bound in 3/4 brown pigskin over marbled paper covered boards, raised bands with lettering gilt within two copartments, top edge gilt, joints streghthened, previous owner's name dated Christmas. 1936, light scattered foxing to a fe pages, edges rubbed through. In all, a very nice copy. [ESTC 833320]. (Inventory #: 028412)
$350.00 add to cart or Buy Direct from
ALCUIN BOOKS, ABAA
Share this item