THE FRUITS OF AMERICA, CONTAINING RICHLY COLORED FIGURES, AND FULL DESCRIPTIONS OF ALL THE CHOICEST VARIETIES CULTIVATED IN THE UNITED STATES [TWO VOLUMES] 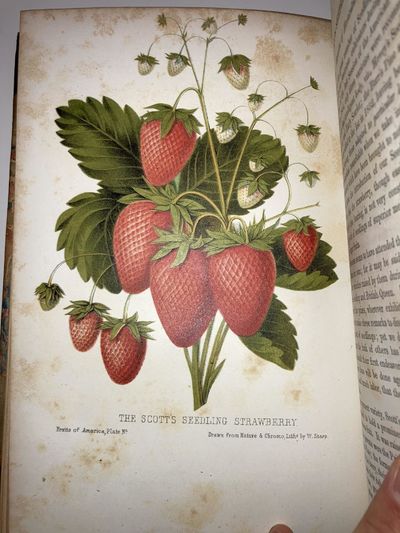 
The 96 varieties featured include 93 fruit trees (53 pear, 20 apple, 7 cherry, 7 peach and 6 plum) and 3 strawberry varieties. The plates were all executed by the Boston firm headed by William Sharp and are accompanied by text which gives the history of each variety, a full description, its growing habit, flower and fruit, and advice on its cultivation. It was intended by Hovey as an international show-case for what American pomologists had achieved, as well as an essential reference guide.;

UNFINISHED TALES OF NUMENOR AND MIDDLE-EARTH

London : HarperCollins , 2013
(click for more details about UNFINISHED TALES OF NUMENOR AND MIDDLE-EARTH)

THE CHILDREN OF HURIN

London : HarperCollins , 2007
(click for more details about THE CHILDREN OF HURIN)
View all from this seller>