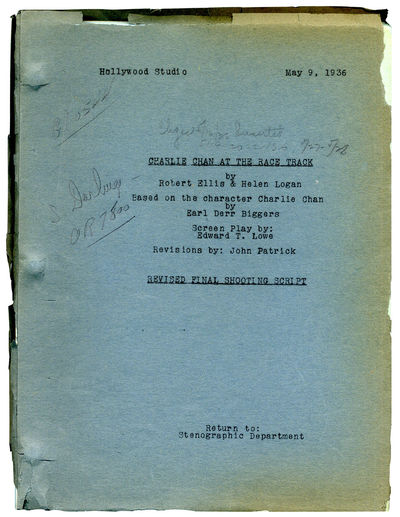 Script belonging to director H. Bruce Humberstone, with his holograph pencil annotations on the front wrapper and a typed note addressed to Humberstone from producer J.E. Grainger laid in with the script.