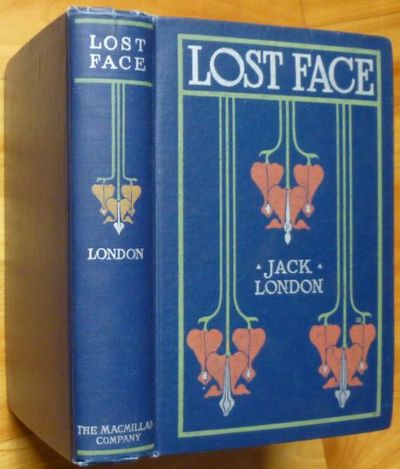 First Edition of this collection of seven tales, which consisted of fewer than 7,000 copies (compared to over 70,000 copies of THE CALL OF THE WILD). Included is the "most famous of all Jack London short stories" [W&S], "To Build a Fire" -- recounting the gradual freezing to death of a lone man in the Klondike. Jack always claimed that he wrote as he spoke, straight from the shoulder. His stories did, indeed, have strength of style and speed of action like a combination of punches. However incredible the plot, he wrote with such pace and such controlled use of simple words that his readers could not put the books down, even when they did not believe what he was saying. In the collections of short stories published in 1910 and 1911, LOST FACE and WHEN GOD LAUGHS, he included some of his best stories and his worst... He could no longer distinguish between the sublime and the sadistic, the tragic and the sentimental, the heroic and the cruel, the myth and the posture. [Sinclair] The trade binding is by Decorative Designers; this is a near-fine, attractive copy, with occasional very light foxing but with scarcely any wear at all. Sisson & Martens p. 44; Blanck 11915. (Inventory #: 14907)
$450.00 add to cart or Buy Direct from
Sumner & Stillman
Share this item