HOME FROM THE HILL (May 5, 1958) Temporary complete script 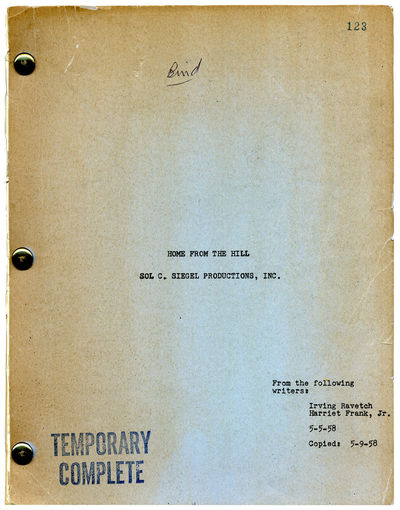