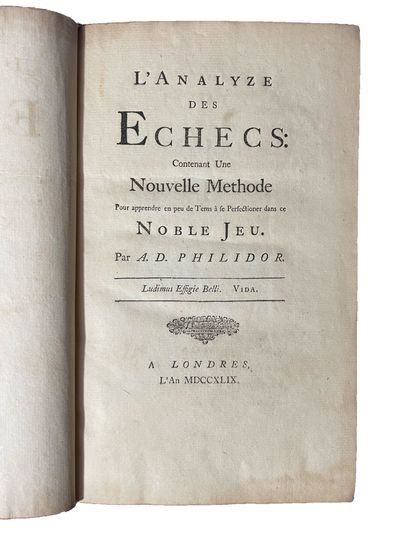 Philidor's unique contribution to the strategy of the game lies in the realization of the importance of pawn structure ("Pawns are the soul of chess"). To his contemporaries Philidor was famous for his unmatched strength over the board, to the modern player his name is forever associated with the crucial choice of pawn moves to be made in the opening of each game. Three editions of this chess classic were published in 1749, of which the true first, containing the list of subscribers, is the rarest. Philidor was also an important composer, whose works are still performed today, albeit infrequently. He was one of the founders of the Comic Opera in Paris, and he wrote the music for one of the comedies included in this tract volume, Le Bûcheron.